If you ask what 84.51° does, you might often get a complex answer. To put it most simply, 84.51° is a retail data science, insights and media company that helps Kroger and its consumer-packaged-goods partners create more personalized and valuable experiences for shoppers across the path to purchase.

Leveraged by its cutting-edge science, 84.51° leverages first-party retail data from nearly half of U.S. households to fuel a more consumer-centric journey. What started out as a team of around 400 associates has grown to more than 1,000, which has led to increased complexity with uncovering and organizing knowledge.

Like many successful tech organizations, 84.51° wasn’t just growing bigger, it was also spreading out. What began with a single office in Cincinnati was now distributed across hubs in Chicago, New York, and Portland, Oregon, with an ever-growing roster of fully remote coders and data scientists joining the ranks. “We literally used to sit all of our data scientists in one spot in the office. You could just yell ‘Who knows this?’” said Michael Carrico, director of data science at 84.51°.

“As we've grown as an organization, we've both diversified the scale of the projects that we take in and the staffing models that we accomplish those with. It was no longer as simple as just hollering in the office and getting an answer.”
—
Michael Carrico, Director of Data Science

With a distributed workforce, the team decided to move from a legacy stack that was largely on-prem—Oracle Exadata and SAS—into a more cloud-based solution that leveraged Spark and Airflow. The organization was on the path to more fully adopting the cloud and transforming their processes to agile methodologies. Then the pandemic hit, and the entire company went fully remote.

“When you couple the growth with the geographic diversification, it even further emphasizes that you can't be digitally fragmented or else it's just going to cause more and more pain points,” said Carrico.

Without SMEs physically located in the same room, it soon became clear just how fragmented their digital workflows and institutional knowledge were. It became harder to find the right person to answer a quick question or troubleshoot an error that was slowing a project down. A lot of questions went through Microsoft Teams channels, Confluence wikis, and endless email forwards that never found an answer. “If you're sitting next to the expert, it's pretty cool. If you know where the Confluence document is, then you will be able to move forward,” says Engineering Lead for Merch Analytics and Operations Chris Wones. “But we have really struggled to search for and find answers when using these other mediums.”

Even if someone at 84.51° found an answer and shared it, it wasn’t always easy for the next colleague with a similar question to find that answer again. Often, the knowledge was lost in the endless daily deluge of emails and chats, inaccessible to anyone who wasn’t part of the conversation the first time. And so, the laborious cycle of seeking knowledge would repeat.

To ensure their Agile transformation went smoothly and to defragment their digital workflows, 84.51° signed up for Stack Overflow for Teams (Business tier). Their first job was to find out who knew what. The engineering team sent a survey asking everyone to rate their knowledge of certain internal tech and tools from “knowing nothing” to “expert.” Those who self-identified became the tag experts who would get notified anytime a question within their domain of knowledge was asked. “It became the virtual way to shout in the office and see who knows this,” said Carrico.

As employees began sharing on Stack Overflow Teams something interesting happened. Data scientists showed off their deep technical knowledge, answering questions on the nuances of PySpark calculations before the designated experts. Junior developers came out of the woodwork to answer questions and contribute. It wasn’t just the universally-known SMEs who were the go-to shoulder to tap on. Anybody who had knowledge was sharing it. “You start to identify who the real subject matter experts are,” said Wones.

“Stack Overflow broke down the barriers to be a recognized SME (Subject Matter Expert) as much as it broke down barriers to learn from them.”
—
Chris Wones, Engineering Lead for Merch Analytics and Operations

Not only do Wones and his team have an easy channel to ask questions of the SMEs in the entire company, but those questions and answers remain easily accessible for the next person. They didn’t come to Stack Overflow for Teams looking to build a new knowledge repository, but by creating a persistent and searchable record of regularly asked questions, they effectively did. “I would not have guessed that just the format of a question and an answer fits so much better for many pieces of information that we need than a Confluence document,” said Mattias Moser, director of data engineering.

Never underestimate the power of helping out another person. People still ask questions through the old channels: email, Teams channels, etc. But to maximize the impact, folks like Moser have been doing a little redirection: happy to answer, just ask it in Stack Overflow for Teams. “People are forced to be more precise in their questions if they have to put it into a written format,” said Moser. “The documentation being created through Stack Overflow for Teams is both higher quality and easier to find.”

Everyone still has their own learning style: some folks like reading white papers and textbooks; some learn through videos. But one of the benefits of learning through Stack Overflow for Teams is that you can weigh multiple perspectives from those in the know. “As somebody who likes to have a consensus and diversity of approach, it's really good because I'm getting multiple perspectives on demand,” said Carrico. “I'm still going to pester someone, but I'm going to pester them in the least intrusive way possible.”

84.51° now has approximately 250 engineers and 250 data scientists sharing their knowledge through Stack Overflow for Teams. There is Q&A on topics like on-demand onboarding and troubleshooting, with questions and answers organized by tags, which both efficiently categorize information and determine who the best people are to answer the question.

Where 84.51° gets the most traction is in the same subjects that the public Stack Overflow site does: the deeply technical weeds that busy coders working on large projects get into every day. The organization is still maturing on the platform, trying to add SMEs to tags and using the tags more constantly. But as more people subscribe to tags, adoption goes up. “It's a way to help spread institutional knowledge through that entry point person and make connections,” said Carrico. “Otherwise it would have been seen as more intrusive to directly ping or email somebody.”

Sometimes just being able to see some of the knowledge that exists behind the scenes can be amazing. It’s not just getting the surface answer—how is Spark persisting Parquets—but the much more interesting explanation of “why.” If you’d just asked in a busy work chat room or lengthy email thread, that information would be as good as hidden. “Hearing someone with very deep technical knowledge talk about what's going on under the hood; I think is something that we just wouldn't have had exposure to otherwise,” said Carrico.

When someone has spent a few hours figuring out an obscure issue, they want to share with their organization. But adding it to ordinary documentation often felt like throwing it into the void. With tags and search, a solution to an odd edge case can find the right home in the future. “I spent a ton of my life figuring out this weird nuance,” said Carrico. “I'm not going to email blast everyone explaining an obscure answer to an obscure occurrence, because it’s not urgent and will likely not apply to everyone.” With Stack Overflow for Teams, the knowledge can be stored and categorized, making it easy to find when that edge case does emerge for a colleague in the future.

“Many mornings, I just read the questions and answers,” said Wones. “I find it fascinating what we're asking, and I learn a lot from doing it.” 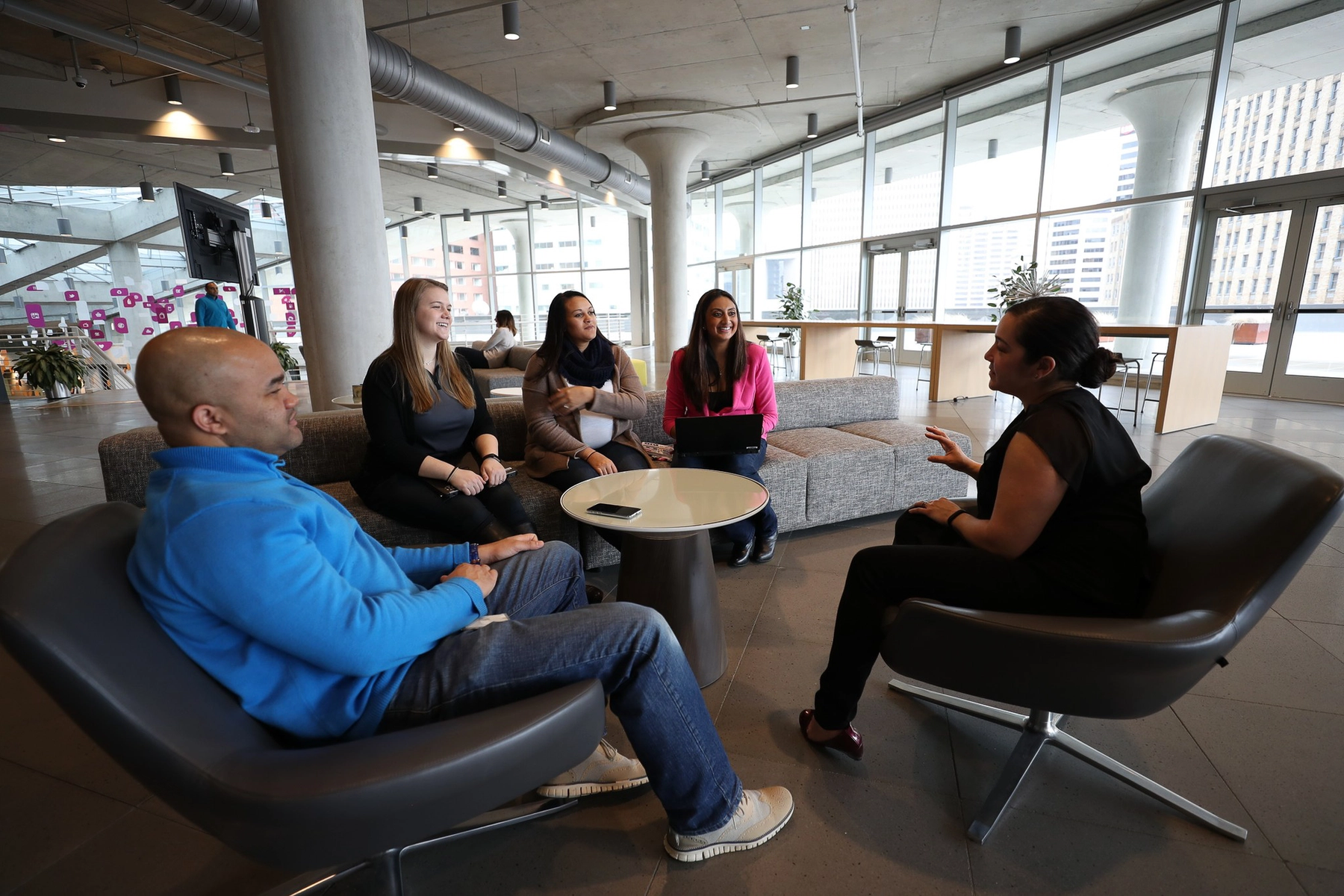 After using the tool for over a year, the leaders on this project have an appreciation for its value. They accrued roughly 800 questions in their instance within the first 12 months, and the knowledge was reused over 7,000 times within the first year by their colleagues searching for answers, a median of 27 times a day. “If we save an hour or two of elapsed time per question,” said Wones, “we're far more than breaking even.”

The benefit of Stack Overflow for Teams goes beyond the hours or dollars saved. It was brought in by technical leadership for the developers to use as a community tool. “This is one of the few things that we brought in for our developers that is for them to benefit them,” said Wones. Happy developers are more productive, and software is key to driving digital innovation.

Approximately 4,000 data scientists and engineers at Kroger Technology & Digital (KTD) work closely with the 84.51° team. After seeing the success 84.51° had with Teams, Kroger recently expanded its engagement, adding roughly 1,000 seats for KTD users so they could share knowledge with colleagues at 84.51° “As a subsidiary of a much larger organization, it’s natural to have a silo challenge,” said Moser. “We could use Stack Overflow for Teams to learn who the experts are across our parent organization, Kroger, and they can learn who the experts are at 84.51° so we can more seamlessly integrate together.”

Are you ready to find out who your experts are and what they know? 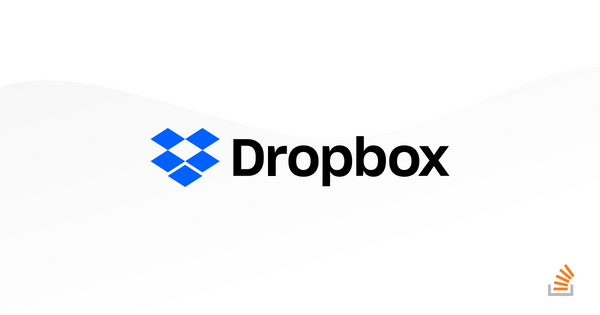